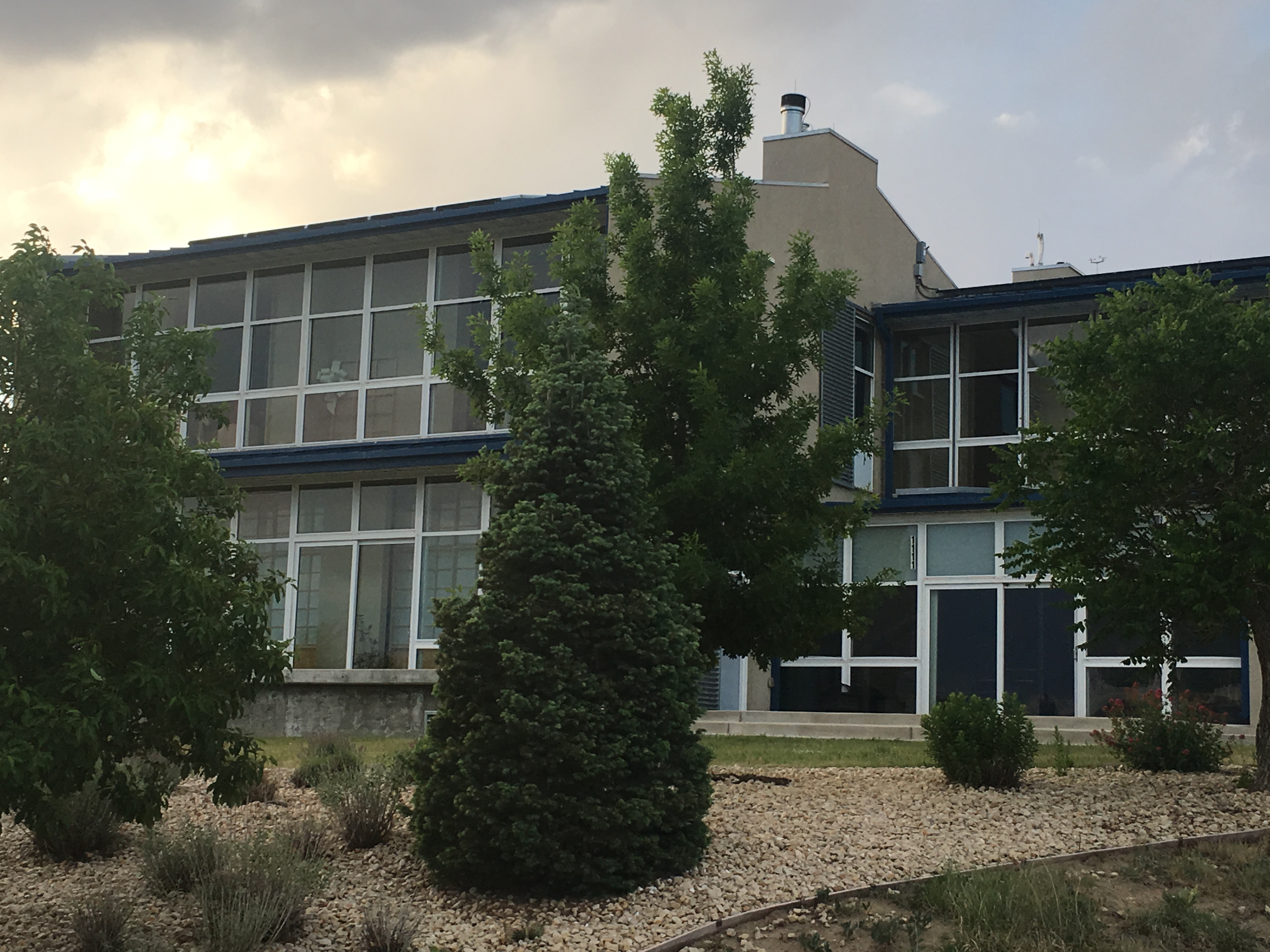 View from the South-East 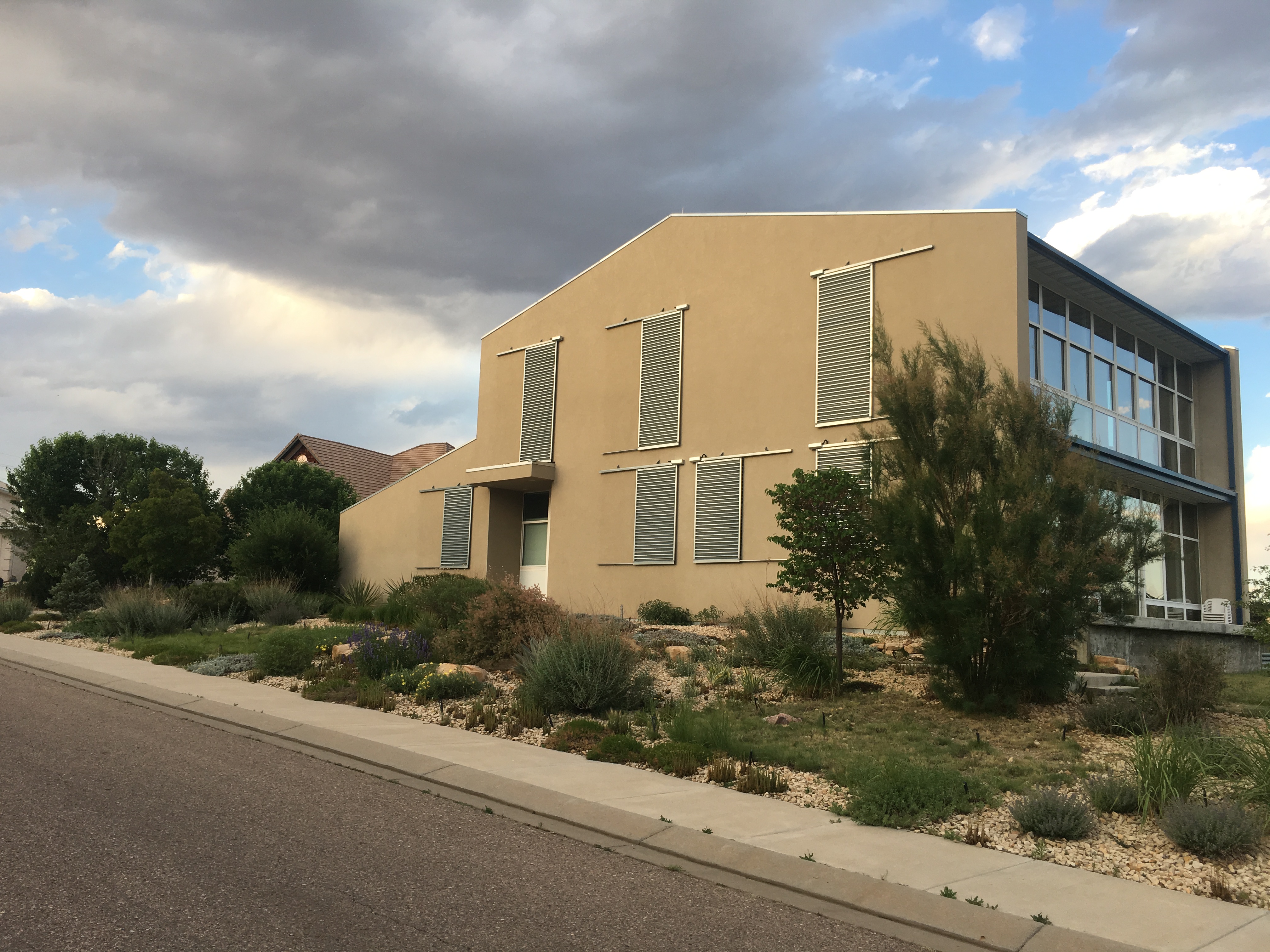 View from the West 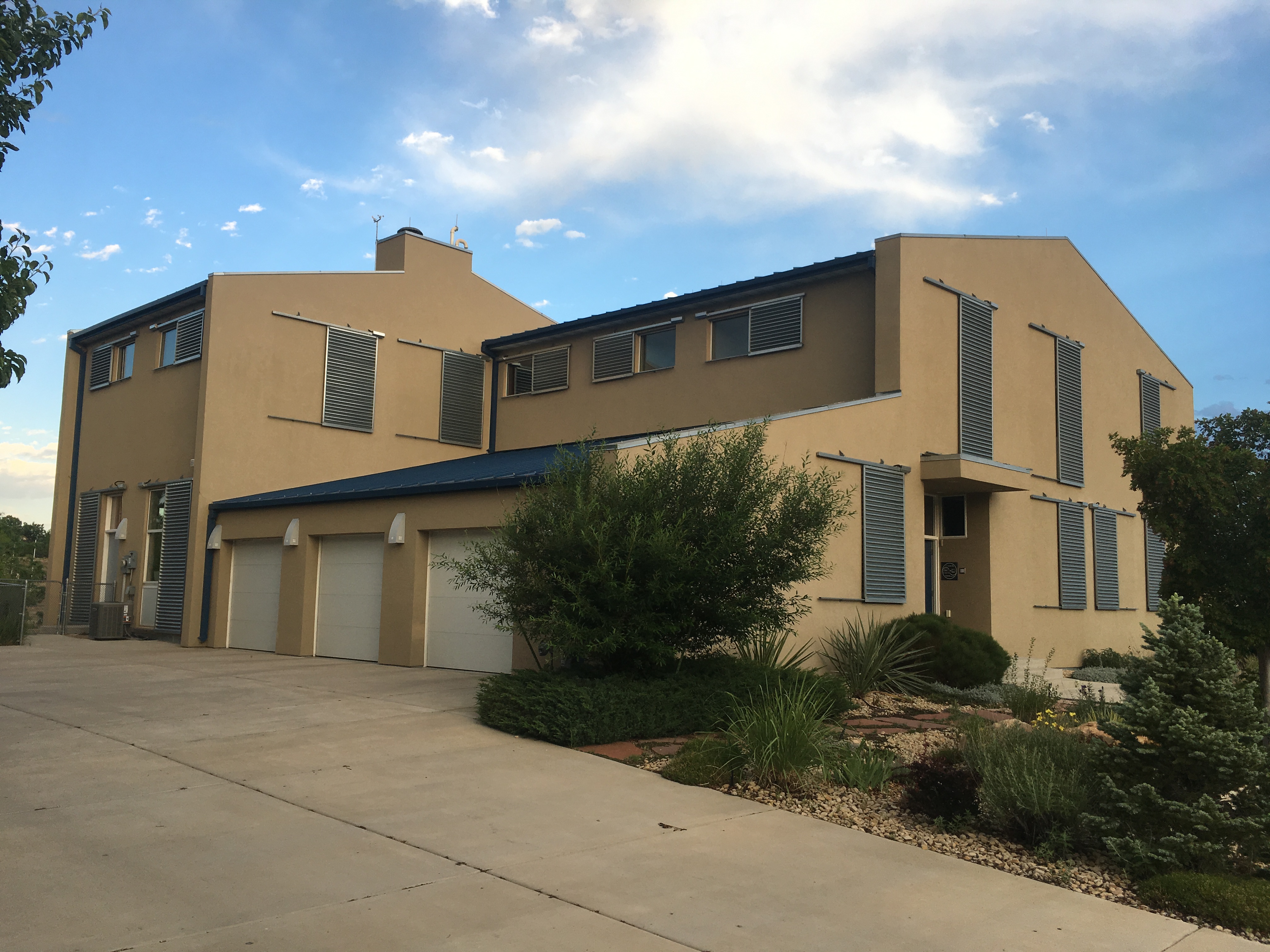 View from the North

In 2003, we decided that the family would need a better kitchen, more living space, and a more environmentally conscious habitat in the future. After some tours of the neighborhoods in Pueblo with a realtor we concluded that in particular the last demand - more environmentally conscious - could only be met by a new house designed from scratch. This is when we set forth an agenda for this project. After a circuitous design process, we finally broke ground in December of 2005; and the house was deemed habitable by means of building inspection in October of 2007. We moved in shortly after, and continued finishing up details until Spring of 2009.

Das Solarhäusle is a design that is tailor made for the climate in the US Southwest, or Southern Colorado in particular. Our goal was to design and build an energy efficient house that was well adjusted to the location where it is built. This led to many features that were very different from the typical US construction (i.e. stick frame and plaster board). The end result is excellent living comfort and minimal energy usage for heating and cooling.

Beyond efficiency, we were looking for a modern design which was delivered by a team of Architects from Berlin, Germany: Torben Kiepke, Friedrich May, and Almut Siegel, who delivered an outstanding floor plan and house geometry to fit our needs as well as meet the overall energy efficiency goal.

Southern Colorado gets quite warm in Summer, but also quite cold in Winter. It has little precipitation over the year - we have more than 330 sunny days in Pueblo. It is a high desert climate with dry air, that features large temperature fluctuations; even within a single day.

Since Southern Colorado has large temperature swings from day to night, the house was designed with a large thermal mass which keeps the temperature inside mostly constant without any additional cooling or heating. This is implemented in the form of both concrete floors and concrete exterior walls, which are insulated by 3" of closed cell foam to the outside. We make use of the plentiful sunshine using large windows on the south side, and very minimal windows on the north side of the house. To store the sun's heating power during the day and release this heat at night, a trombe wall is used on most south facing windows. Roof overhangs of 3ft (90cm) on the south side keep the sun out during the hot summer months, while allowing it to heat the house during winter. This passive solar design covers most of the heating needs, and prevents tremendous amounts of cooling load with little or no added construction cost.

Even the best passive design will meet its limits during extreme hot and cold spells. In winter, a set of solar thermal collectors stores heat in a large storage tank during the day, which can then be used for additional heating with a radiant heating system, or to heat the domestic hot water for showers etc. This system is designed to cover all heating and hot water needs down to 0 deg F weather - as long as the sun shines. If not, an efficient gas hot water boiler kicks in to fill the need for heating and hot water during overcast periods.

In summer, the daytime temperatures in Pueblo do exceed 100 deg F (41 deg C) regularly. Instead of an inefficient air based HVAC system, we installed a radiant ceiling cooling system to cool the house. This system works just like a radiant floor heating system, only that the water is chilled instead of heated, and circulates through the ceilings instead of the floors. It advantages are similar to those of a radiant heating system, which include better comfort (no air drafts) and higher efficiency (less cooling costs). Unlike radiant heating system, this radiant cooling system is rarely used in residential buildings in the US, so a special permit had to be requested before implementing this feature in our house.

Two additional energy saving features of this house are an energy recovery ventilation system and sliding exterior shutters that are computer controlled to minimize solar heat gain during the cooling season. While the exterior shutters are an important design element of the building, they are also fully functional and provide both privacy and sun shading.

During the design process, we quickly realized that the sheer control aspects of all the features we wanted exceeded the capability of existing control systems. The design called for 14 zones, each with its own thermostat and hygrostat (to prevent condensation on the cooling ceilings), actuators for radiant floors and ceilings, as well as 27 sliding shutters. Then there is the ventilation system and solar collectors to be controlled. Amenities such as keypads for entry, touch sensitive light switches and the security system with motion detectors, glass break sensors etc. add further complexity. A review of all commercially available systems revealed that none of them would cover all these aspects in an integrated fashion. This is when Stefan decided to develop a network based home automation system from scratch, the design of which is subject of a separate web page.